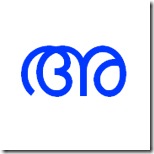 Google Transliteration Input Method Editor (IME) allows users to enter text into any input window in one of the supported languages using a roman keyboard, without needing any internet connection.

Google Transliteration IME is currently available for 14 different languages – Arabic, Bengali, Farsi (Persian), Greek, Gujarati, Hindi, Kannada, Malayalam, Marathi, Nepali, Punjabi, Tamil, Telugu and Urdu. The IME application works only on Windows 7, Windows Vista and Windows XP 32-bit only. Google Transliteration IME will convert the word to its native script. Transliteration means that the sound of the words that is converted from one alphabet to the other, not their meaning. Converted content will always be in Unicode. The IME assists you with dictionary based word completions for prefixes. The application remembers your corrections while editing, so that next time you start typing the same word, the editor will show you your last selection from the list. This feature helps you to enter rare and complex words.

If you are using IME for an application like notepad and you start typing, IME displays the edit window with the typed text and the corresponding word choices in IME language. In the below example, user has typed ‘arun ’ and the IME has displayed five choices numbered 1 to 5.

If you don’t get some words as expected choices for any rare complex words; you can use the flexible keyboard to input any possible word. You can open the keyboard by clicking the keyboard button on status window or through the shortcut CTRL+K. Mouse is used to enter characters from the IME keyboard which also triggers word completions in the edit window.

done for each user using IME.

I have good interest in technology and gadgets field. I like to share latest technology news through this site . Also blogging on CyberVally.com
Previous Change or remove firefox Personas / themes / Skins
Next How to Download Full High Definition ( 1080p HD ) YouTube Videos