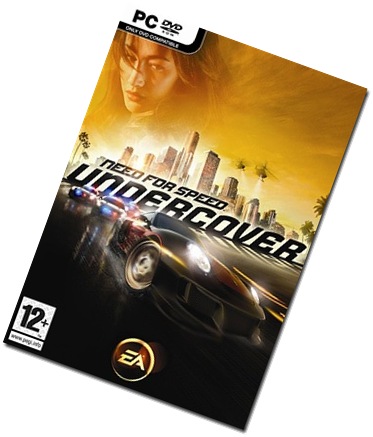 Inspired from the movie series like Transporter, EA released their 12th installment highlighting the underworld crime and smuggling stories of Tri-City. The four major cities – Palm Harbor, Port Crescent, Gold Coast Mountains and Sunset Hills, make up Tri-City. Presenting 160KM for a ride, EA introduces the vast lengthy highway of its kind. Unlike the previous installment, the map is Open from the beginning of the game itself. No need to wait for completing missions to unlock the maps.

Too happy to take a ride on 160KM, in the beginning of the game itself? Turn back, to realize the tough guys behind your tail. Cop chases are re-introduced to at a higher stake, with new AI engine. Like Most Wanted/Carbon, you cannot predict the kind of cops chasing behind you. The cops at lower heat level may appear in higher heat level and vice-versa. Evading the cops is a tough task. But winning the race is quite simple, as compared. As a vague thought, EA wants to bring back a wide range of racers back to NFS series, after their pathetic release of Need for Speed: ProStreet.

Races are too simple to complete; but Master Race is an exception where you’ve to prove your tight handling. Apart from the ordinary type of race, a new mode have been introduced – ‘Highway Battle’. You may find it similar to the ‘outrun’ race in Need for speed: Underground 2; but remember the traffic is tight. In Highway Battle, you’ve to stay ahead of your opponent for a period of time or you have to stay ahead a specified distance (usually 150-250 Meters) from your opponent. Either way, you’ve to keep an eye on the traffic of the highway. To the worst, sometimes cops may accompany you.

Besides earning money on winning, you’ll be awarded with reputation points for your cool moves and tight handling. Which later on unlocks bonus for your ride. 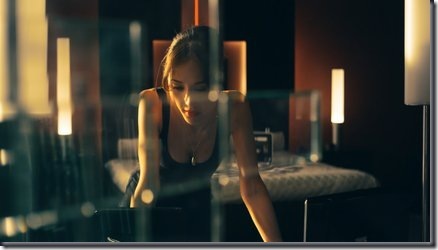 The game tells the story of an international smuggling ring in Tri-City. Your role, as a police officer, is to take down the gang with the help of Maggie Q, a federal member, your only contact. The player infiltrate to the smuggling gang by completing various ‘jobs’ for them. Jobs including delivery a hot car without any damage or win races against their rivals. The story is narrated through cut-scenes but failed to be attractive as what Need for Speed: Most Wanted is. The games is designed to be like an action movie; where you have to defeat the thugs of your boss by ramming & damaging them. In climax scene, Maggie Q comes in the negative side & in the final mission you’ve to defeat Maggie Q to prove your innocence.

The structure of the city is similar to that of Most Wanted or Carbon, but you may be surprised by the steady straight highways for kilometers, where you can test the maximum speed of your car. Pursuit breakers are slightly modified, as they looks heavy like cell-phone towers, building roof-tops, half-built bridges and so on. Even you can damage the cops by continually ramming them.

The next very notable changes you may find in cop chases. Unlike, Most Wanted and Carbon, you have to complete the cop-chase (cost-to-state, pursuits evasion) in specified time interval. In previous installment, you were free to take a ride with the cops as you wish.

The best part of the game is photo-realistic graphics, damages and tight handling of the vehicle. The tight handling give you a real-time driving experience.

I must say you should take ride. Quoting down every feature is not possible. Just like me and other drivers you may feel that why the games is not like Most Wanted. Still EA don’t know why all the drivers dream about Most Wanted? What’s that so cheesy in Most Wanted.

The moves you do in the game is meant to stay in the game. In roads, drive safely and responsibly. And always wear your seat belts.

I am a Technology Blogger, System Administrator by profession and webmaster by passion. Technology blogger, Active in Online and offline tech communities.
@albins
Previous List of Windows Run commands
Next Use Putty for command lines