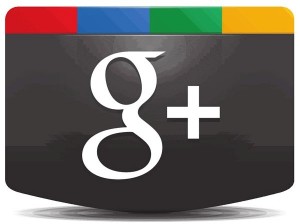 So, it’s been almost six months since the launch of Google+. Back in June and July we were all signing up and creating ‘circles’, but how much have we used it since? More importantly for owners of small businesses, how much do commercial organizations and businesses use the service?

Research shows that the idea of Google+ is very attractive to businesses, or at least, they are unwilling to miss out on the potential clients that Google assured them they were bound to connect with using Plus. Two surveys, by BrightEdge and Simply Measured showed that 77 % and 61 % respectively of the world’s top brands had Google Plus pages, but very few have very many followers.

Of course, many big brands from Starbucks and Party Poker and even Mark Zuckerberg have Google+ pages, but what is the attraction of the service. Well one of its benefits might well be that Google are skewing their results to be more Plus-friendly! BrightEdge have found that Google+ pages are being incorporated into organic Google research. This was revealed in particular when looking at AT&T results and raises a number of interesting questions.

All-in-all Google+ looks to be one of the less successful of the creations from the Internet Midas and just goes to prove that not everything Google touches turns to gold. But then this probably has something to do with the way the company develops its products. Back in 2006 Marissa Mayer, the boss of Google’s Idea Factory told a correspondent from Business Week, “We believe that we should be launching more products than what will ultimately become phenomenally popular”. So, it could well be that Google+ is a very expensive experiment that will never really rival Facebook. But then, when the company has that much income, they can probably afford a few failed experiments.